We have just recently put https://partychain.com online and I thought that a lot of you might be interested.

PartyChain watches for Counterparty transactions, bets and issuances (creation, lock, etc.) and updates your screen as they roll in – with transactions on one side and events on the other, in an easy to read manner.

This was originally a tool that we had built for ourselves, but we realized it might be something others would likewise get some use / enjoyment out of.

It is completely open source as well. The project / code can be found at https://github.com/iswt/PartyChain

Come give it a view and let us know how you like it! 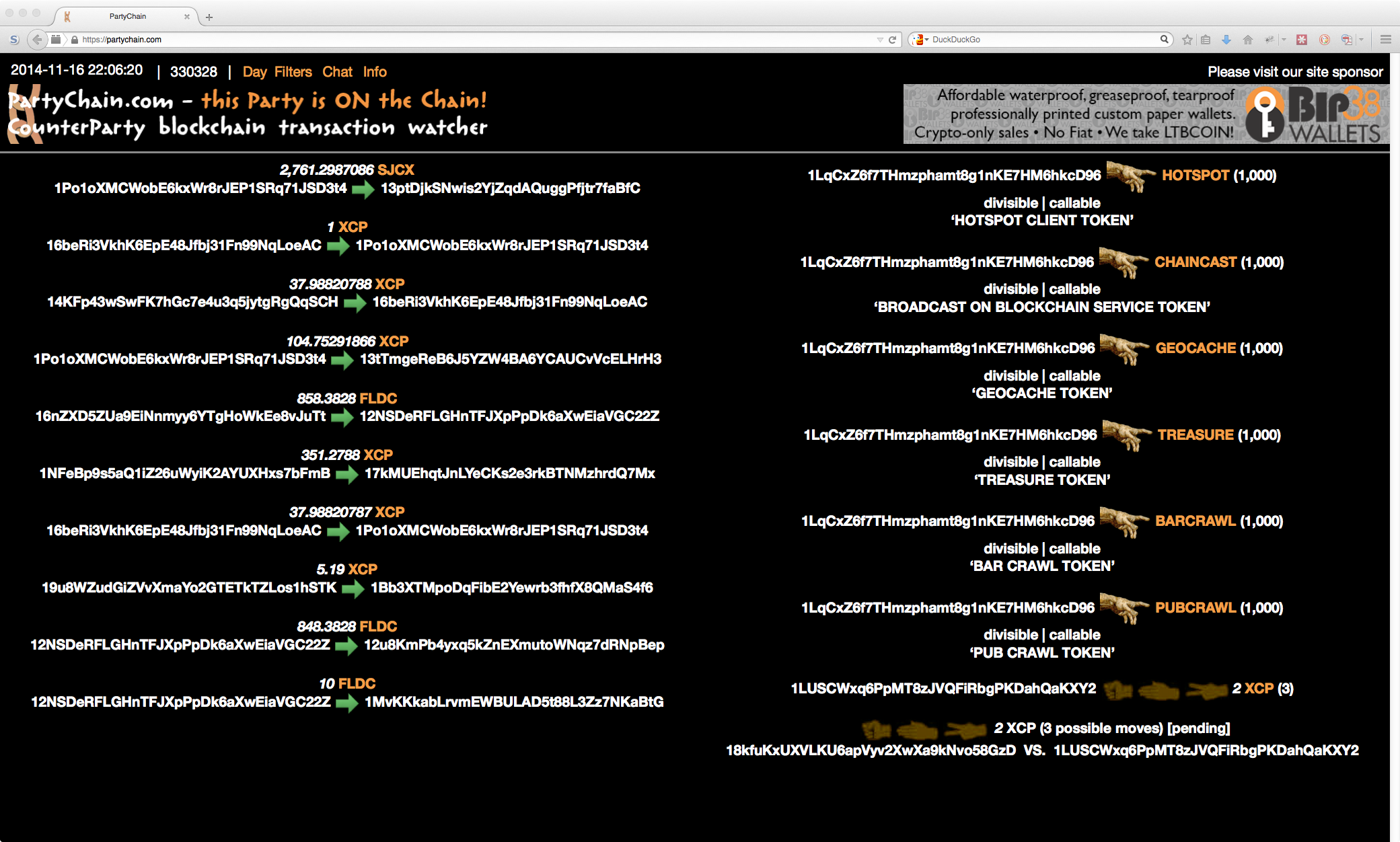 That is great! Thanks a million. Any chance of an API?

That is great! Thanks a million. Any chance of an API?

No problem! Glad you like it so far. I haven’t really given much thought to an API yet. Probably not in the short term anyway, just because I’m unsure of what exactly that would require server resource wise.

Yay, any Counterparty API apps are much appreciated!

Checking it out but it says it’s waiting on a block to parse transactions. Does it usually start with whatever came in on the last block?

If you do an API, my advice would be to require login and make it free up to a certain number of calls, then charge after that. It’s generally easy and fun to code an API but dealing with abuse and costs are important.

It currently does not read back any information from the previous blocks, only parses new information as it comes in. I’ve been thinking about this recently though, I want to implement a log that displays the last X amount of blocks worth of data upon loading the page back up.

That’s good thinking on the login, too. If I head down that route I will most definitely have some sort of account system in place. The cost is really the prohibitive factor at the moment, but abuse also concerns me. It would have to be well thought out, but I’m always down for fun and interesting programming.