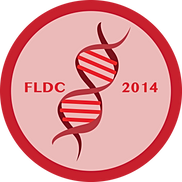 If your like my team then you invested a ton of money into GPUs and CPUs for Bitcoin mining early on before the ASICs dominated the market. If your also like us then you have switched to doing Altcoin mining since last April and now with the Scrypt ASICs this year you find your self in the same situation where you cant turn a profit. Well we have the next generation of mining for us all - FLDC or FoldingCoin

HOW DOES IT WORK?
Instead of mining a coin directly, simply point your GPUs at the Folding@Home network developed by Stanford university by downloading their FAH client. What this program does is uses your computers resources to help fold proteins for scientific research. No configuration like CGminer or anything else is needed. This program is very well put together and straight out of the box.

HOW DO YOU GET COINS THEN?
The way Stanford has this setup is you create a user name and you choose a team that you would like to fold with. You are then given credits for the work you do. Now these credits do not mean anything for the folders at Folding@Home rather they are for bragging rights as you can see a list of all credits awarded on their stats page and you can see where you stand. Well with the counterparty Bitcoin 2.0 project that has recently been released you are able to build new coins on top of the Bitcoin network that already exists. The benifits of this is unlike altcoins that are subject to attacks and difficulty fluctuating all the time, your coin that you create on counterparty is actually secured by the Bitcoin network itself. To see one of these working coins just head over to Let’s Talk Bitcoin! as they already have their own coin working using the counterparty protocol. What FoldingCoin.net will do is create a coin using the counterparty protocol and distribute them weekly to every participant in the FoldingCoin Team.  3.5 million coins will be divided equally amongst all participates according to how many credits they have contributed that week to the folding network. For example: if 17,600,000 credits have been folded on the network then the equation will be:
3,500,000 FoldingCoins / 17,600,000 credits = 0.199 FoldingCoins per credit earned. So if someone had 100,000 credits then they would receive 19,900 FoldingCoins. FoldingCoins are traded as FLDC on the CounterParty network, please click on The Coin in the menu bar for more information


I would love help in developing this coin if anyone is interested as it is just myself for now. Please email me at foldingcoin.net@gmail.com for more information

I’m bumping this because it’s a interesting project and speculation on the coin can influence good work to be done. Maybe the coin will be worth something long-term as well since work is going into it.

@weex can you tell how’s this coin supposed to be spent by those who receive it?

I saw in one place on the web site that people can buy coins and donate to most active members, but where do they spend it?
weex October 2, 2014, 4:44am #4

@something (the mention notification is a neat feature of Vanilla) I believe there is some connection to meetup.com.

We are reaching out to Meetup groups around the world advocating the use of FLDC as the Meetup currency. We need designated Meetup specialists who are familiar with how Meetups work to follow up on responses. Also schedule Skype meetings with you, the devs, and the Meetups. You should CC the dev team with all your Meetup conversations.

Since Folding@Home is a Stanford project there may be some fortuitous connections with other startups that happen around this coin. Other than that, I think it’s just something you’d exchange for XCP or BTC as a folder or purchase with those as a supporter. It’s traded on MasterXchange now and on the DEX obviously. I noticed they started advertising on Let’s Talk Bitcoin with the latest episode as well. I could see this getting some really positive attention for FAH, Counterparty and Bitcoin in the next couple months.