So, i had been almost two years since the token was launched and nothing happened…

But now, i decided in 2018 put a campaign in W12.io and back this token to 10 milligrams of palladium. Considering; in according to Apmex and others , that the ounce of palladium is most valuated than gold and other precious metals, we -i’m finally not alone in the team - decided to back each token in the reffered metal and relaunch the campaign

MYY IS READY TO ROCK 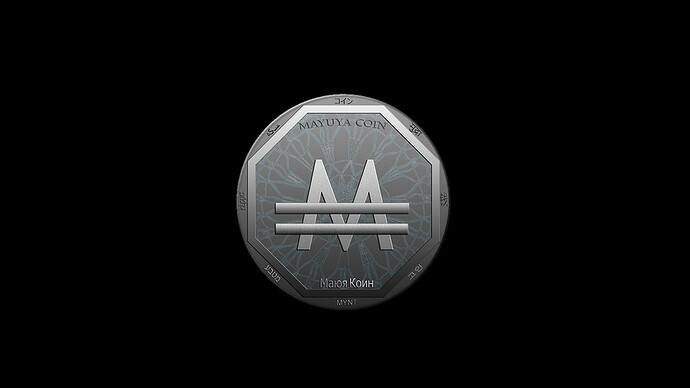 We have updated the new logo and the PurplePaper.

We had a bad moment after scam site W12 banned our token campaign. But it’s time to stand tight and move forward.

We decided to make a sell order of 50 million of MAYUYACOIN at the price per token of 2.5 PEPECASH. We also made a broadcasting about the announcement. From now, we will find to get more closer to the DEX market in the way to create market pairs for our token.

A few days we decided to open sell order on some pairs:

At the same time, we hope someday to run a airdrop cam´paign through FLDC Platform on Tokenly. We are having issue with the financial resources to get on board this project. However, we are making all possible to re-start the campaign…

We are on the race to get our coin into two exchanges: BTCPop and Graviex.io. We hope good results after this

I tried to visit your web site, but Firefox but up a warning and would not let me access it.

Does your coin/organization provide info regarding storage status of physical palladium that backs up each token?

We have no storage of Palladium. We’re just a project which put the equivalent price on 10 milligrams of palladium on a ICO.

Sadly, that backing was a part of what we have proposed on the W12 campaign which was cancelled in september 2019. After this unfortunated event, we have re-orientated the campaign by eliminating the backing of the palladium and put it on the DEX with pairs of XCP, PEPECASH, FLDC, VACUS, RAREPEPEPRTY and NVST. We are also finding investment to get into a exchange like Graviex, Sistemkoin and BW.

Maybe in the future, if we can accomplish our purposes for the 2020 we could start to offer saving plans on Palladium -as gold, platinum and silver- and start storing it. We have made movements on the DEX because we want to get resources to pay fees to get into an exchange and could accomplish the roadmap according the buisness plan we are writting for our company Mayuyaland (wich has also a DAO in Aragon which crowdfunding will be launch in July). Also we want to fix some technical issues on our website which is out of our hands right now.

Sorry for not telling this. We should just talk about our XCP token Mayuyacoin, which still active as you have known, We have created a DAO in November based on ERC20 in Aragon platform called Mayuyaland. The crowdfunding campaign would start in July.

We want to use the Mayuyatoken to allow Mayuyaland members to make decisions about the orientation of the company. I will procure just talk about Mayuyacoin (XCP) because this is a forum specialized for XCP environment only. I just wanted to take point on that quote because we want to let cleared that kind of things in case there is some doubts about the project.

Back again after COVID-19 and offline madness.

Today i’m trying to sell 10 million of MAYUYACOIN at 0.2 XCP each one.

Once again, sorry for being late. I hope to continue this conversation next week.